MIDF Amanah Investment Bank (MAIB) was credited with arranging two corporate bond and sukuk deals at the 19th Annual RAM League Awards (RLA) which was held on 24 August 2022, the first RAM physical event for the awards since 2020.

Ms. Nur Julie Gwee Ariff (third from right) with the other winners of Sukuk by Number of Issues 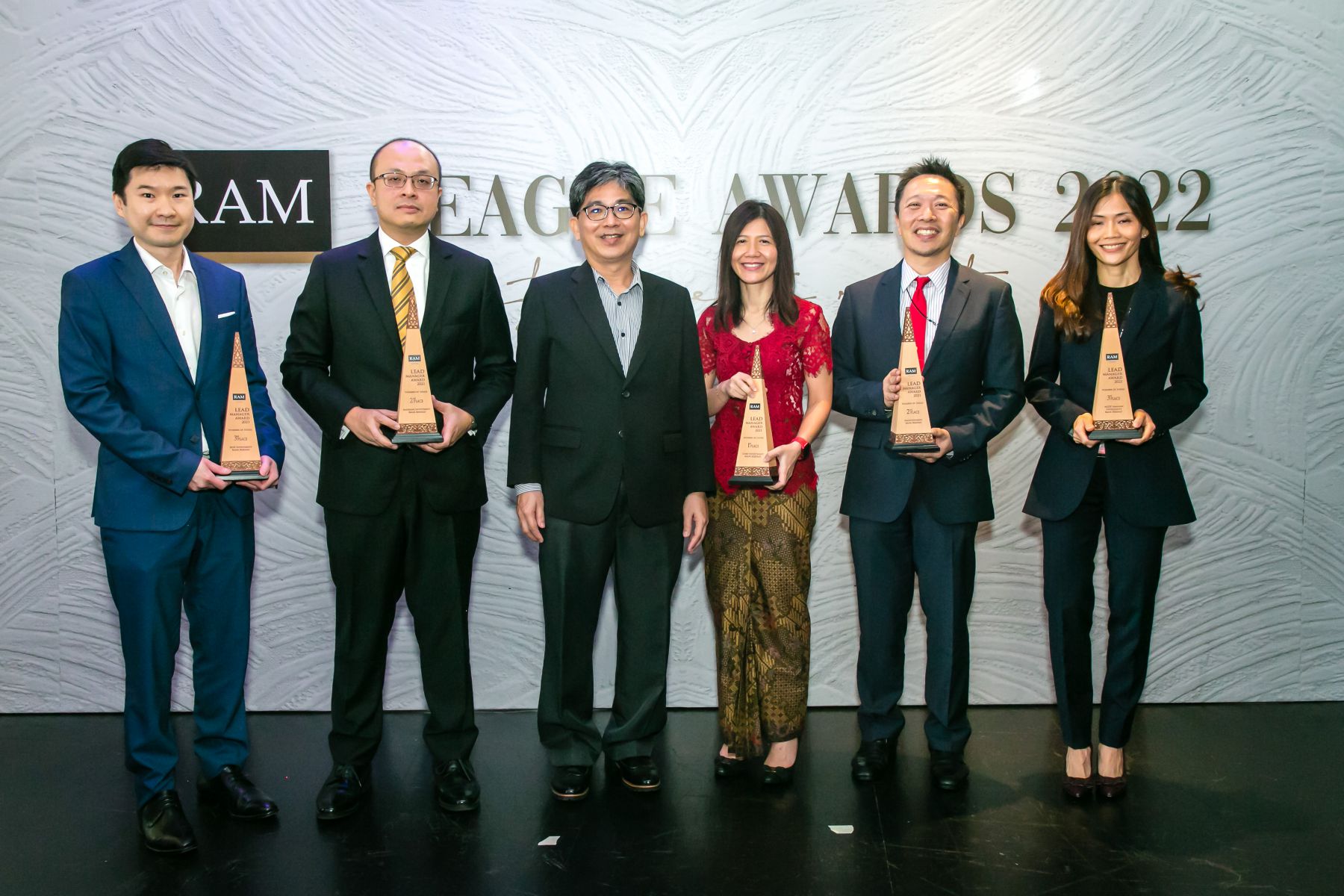 Ms. Nur Julie Gwee Ariff (far right) with the other winners of Bonds & Sukuk by Number of Issues

MAIB also picked up awards at The Asset Triple A Finance Awards which are given to the best Islamic banks and houses as well as the deals that best defined the industry during 2021.

MAIB won the Best Securitization Sukuk Award for AC First Genesis’ RM785 million ijara sukuk which unlocks the value of Aman Central Mall, a premier shopping mall located in Kedah to achieve its funding requirements. Part of the proceeds was allocated to fund the installation of solar panels on the rooftop of the mall, in keeping with the green theme of the deal.

MAIB also won the award for Most Innovative Deal and Best Deal by Country for Agroto Business’ RM200 million ASEAN sustainability SRI Murabaha sukuk, the first agriculture-based sustainability SRI Sukuk in Malaysia. Proceeds from this are used in relation to the company’s sustainable and modern integrated farming operations, its eligible sustainable SRI project, which will increase access to fresh, healthy and locally grown produce as well as contribute towards the creation of a healthy and sustainable local and regional food ecosystem.

MAIB was the principal adviser, Shariah adviser, lead arranger and lead manager for both the deals.

Congratulations to the team at MAIB on both amazing achievements!

Write to us and we will strive to address your queries.